At Ultralight Outdoor Gear we profess the use of lightweight footwear appropriate to the type of activity you are undertaking – the key word there being appropriate – so in choosing footwear for Scotland in April, when there is a chance of winter conditions, it not the absolute lightest footwear that I reached for it was Scarpa’s new offering – their Marmolada Trek boots.

As it turned out they were the perfect companion in a three day trip that included a serious white out as we approached the summit of Ben Nevis and a squally summiting of Carn Dearg on the Ben Alder estate.

The boots were comfortable straight out of the box and I only wore them briefly before heading to Scotland. I wore a pair of X-socks Merino Isolators which are moderately thick and quite warm. Before heading up the Ben I practiced fitting my Kahtoola KTS Crampons to the boots which fitted really well once I had them adjusted.

The lacing system allowed easy on and off though I had to use the ‘pull-on’ loop each time as they didn’t open wide enough to just slip my foot in.

Even just walking along rugged pathways the boots were comfortable, the sole unit has a medium level of stiffness which is deal for the conditions I was using them in, but for longer trekking activity there are lighter weight options available.

Traction is good as footsteps were always positive and I don’t recall feeling unsteady on any ground except when we were about to stop and put our crampons on.

It’s my first experience of OutDry in a boot, like most people I’ve used Goretex for long enough. OutDry works significantly differently with the result that the material itself should be less prone to soaking up water – whether this was happening effectively is a question I can’t answer – however my feet were happy and so was I.

I didn't wear them in the river! 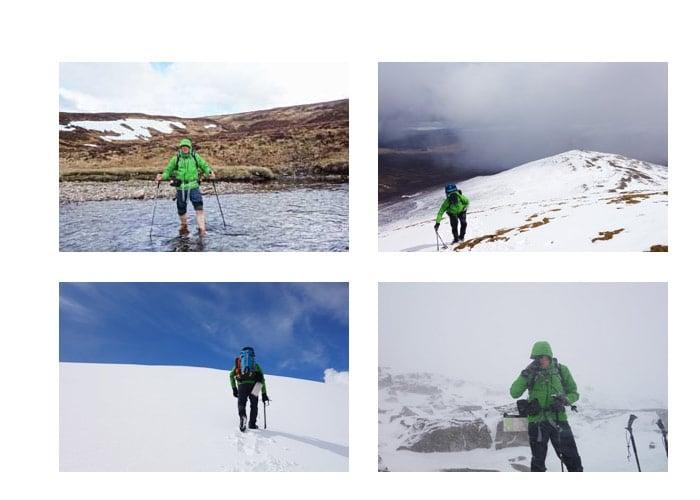