As a company that provides equipment for outdoor and sporting pursuits we are asked for sponsorship on an almost daily basis. It is impossible for us to support everyone or select one "good cause" over another.

We do want to contribute something to the wider community. Accordingly, we support these charities on a regular basis - Unicef, Save the Children, Help for Heroes and 'Against Malaria', Rainforest Trust UK & World Wildlife Fund. These are very worthwhile charities doing important work at home and abroad. By shopping with us you are contributing too. We're also a member of the European Outdoor Conservation Association.

About EOCA: The vision of the EOCA is for the outdoor industry sector and the millions of people who enjoy the great outdoors to be active champions for the conservation of nature and wild places.

There are currently over 130 members of this 'not-for profit' Association, stretching from Norway to Spain and from the UK across to the Czech Republic. As a charitable organisation directly funding specific projects, the association wants to show that the European outdoor industry is committed to putting something back into the environment, and all working together a real difference can be made.

Membership is open to any company operating within the outdoor industry, whether they are a manufacturer, supplier, service provider or retailer etc. One hundred per cent of membership fees go directly into the projects that are nominated by and voted for by the members themselves.

Over the last 10 years, the European Outdoor Conservation Association has funded 84 projects in 41 different countries to the tune of €2 million! 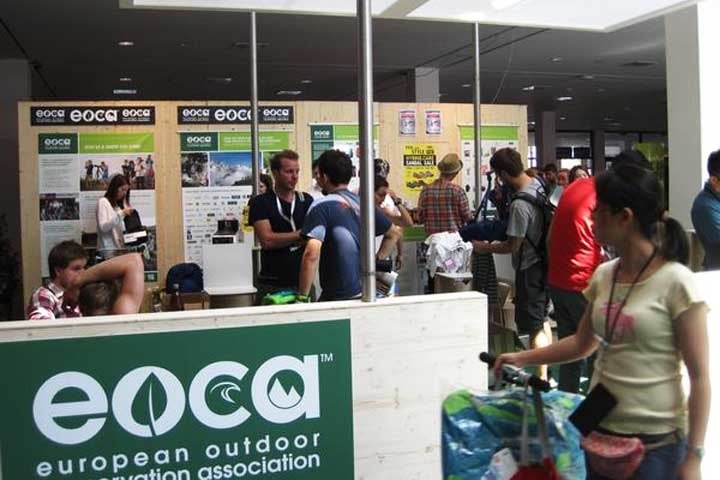 Tees Valley Wildlife Trust is part of the influential UK-wide partnership of 47 Wildlife Trusts. The Trust has worked for more than 40 years to protect wildlife and wild places, and educate, influence and empower people. We manage 15 Nature Reserves and help others to manage their countryside sites. Our work is helping to secure the future of many important habitats and species, which might otherwise be lost.

We protect the wildlife where you live. We make our county a better place for local wildlife and people.

We all know that wild places are under daily threat, as our towns develop and our countryside changes. Despite our successes, wildlife is still being lost at an alarming rate. The Trust needs your help and support to continue and expand its work. 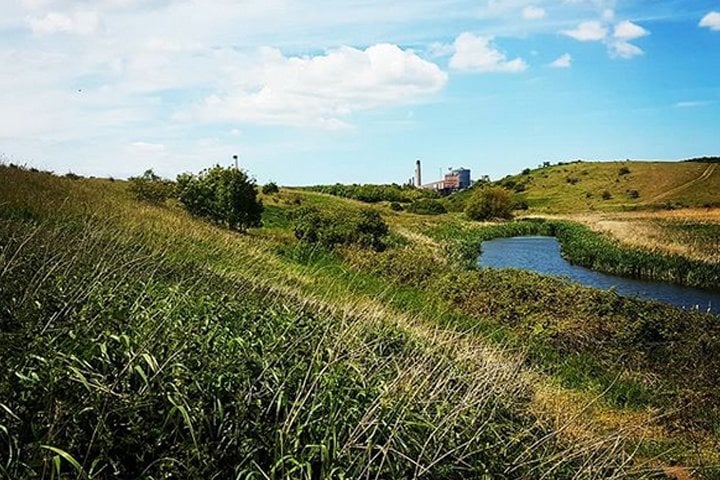 About Unicef: We are the leading organisation working for children. We ensure more of the world's children are vaccinated, educated and protected than any other organisation. We've done more to influence laws and policies to help protect children than anyone else.

We get things done. And we're not going to stop until the world is a safe place for all our children. 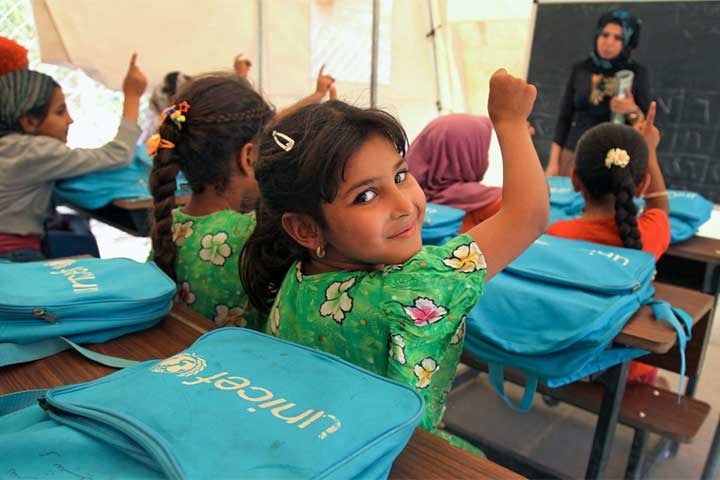 About Rainforest Trust UK: We are a British charity (No: 1169111) which is working in partnership with Rainforest Trust in the USA to protect threatened tropical forests and endangered species. We do this by developing partnerships with local and community organisations in and around vulnerable areas. Through these highly effective partnerships, we can ensure sustainable results necessary for the long-term protection of tropical ecosystems and the wildlife they support.

Our partners’ intimate knowledge of their regions’ ecosystems and local communities is key to achieving long-term land and species protection. Together, we identify critical sites that provide a permanent refuge for endangered species. These biodiverse areas face immediate and direct threats, typically from loggers, miners or ranchers.

Since Rainforest Trust was founded in 1988, the charity has protected over 16 million acres, and aims to protect 50 million acres by 2020 through its SAVES Challenge. And thanks to a generous friend of Rainforest Trust, all project donations are doubled, which means that for every donation we can save twice as much rainforest. To find out more, please visit the Rainforest Trust website. To donate from the UK, please click on the British flag at the top of the Donate page. 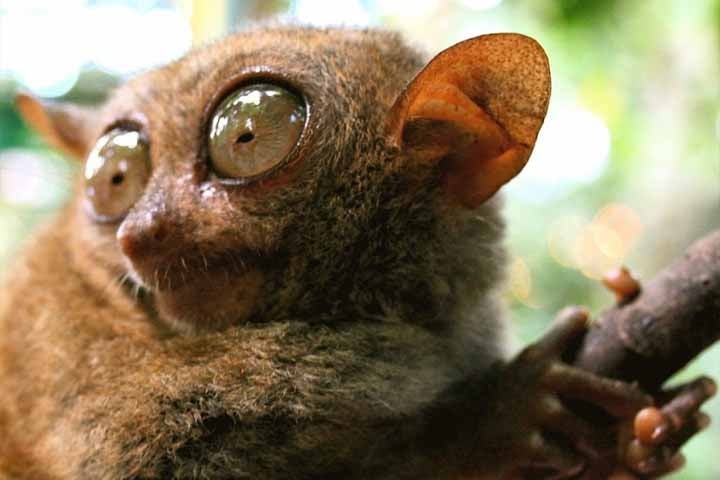 Oceana seeks to make our oceans more biodiverse and abundant by winning policy victories in the countries that govern much of the world's marine life.

Oceana, founded in 2001, is the largest international advocacy organization focused solely on ocean conservation. Our offices around the world work together to win strategic, directed campaigns that achieve measurable outcomes that will help make our oceans more bio diverse and abundant.

Oceans cover 71 percent of the globe, and they are as important to us as they are vast. Our oceans are home to most of the life on our planet and play a central role in the world's natural systems, like regulating our climate and absorbing carbon dioxide. They provide livelihoods to countless fishermen and others around the world. They also feed hundreds of millions of people and have the capacity to provide a healthy seafood meal to a billion people, every day. Unfortunately, the oceans are in trouble — scientists report that the amount of fish caught from the oceans began declining — for the first time in recorded history — just a few decades ago. Fortunately, we know how to fix things. Science-based fishery management — which establishes science-based catch limits, reduces bycatch and protects habitat — is helping the oceans rebound and recover where it is established. Oceana is dedicated to advocating for science-based fishery management and restoring the world's oceans. 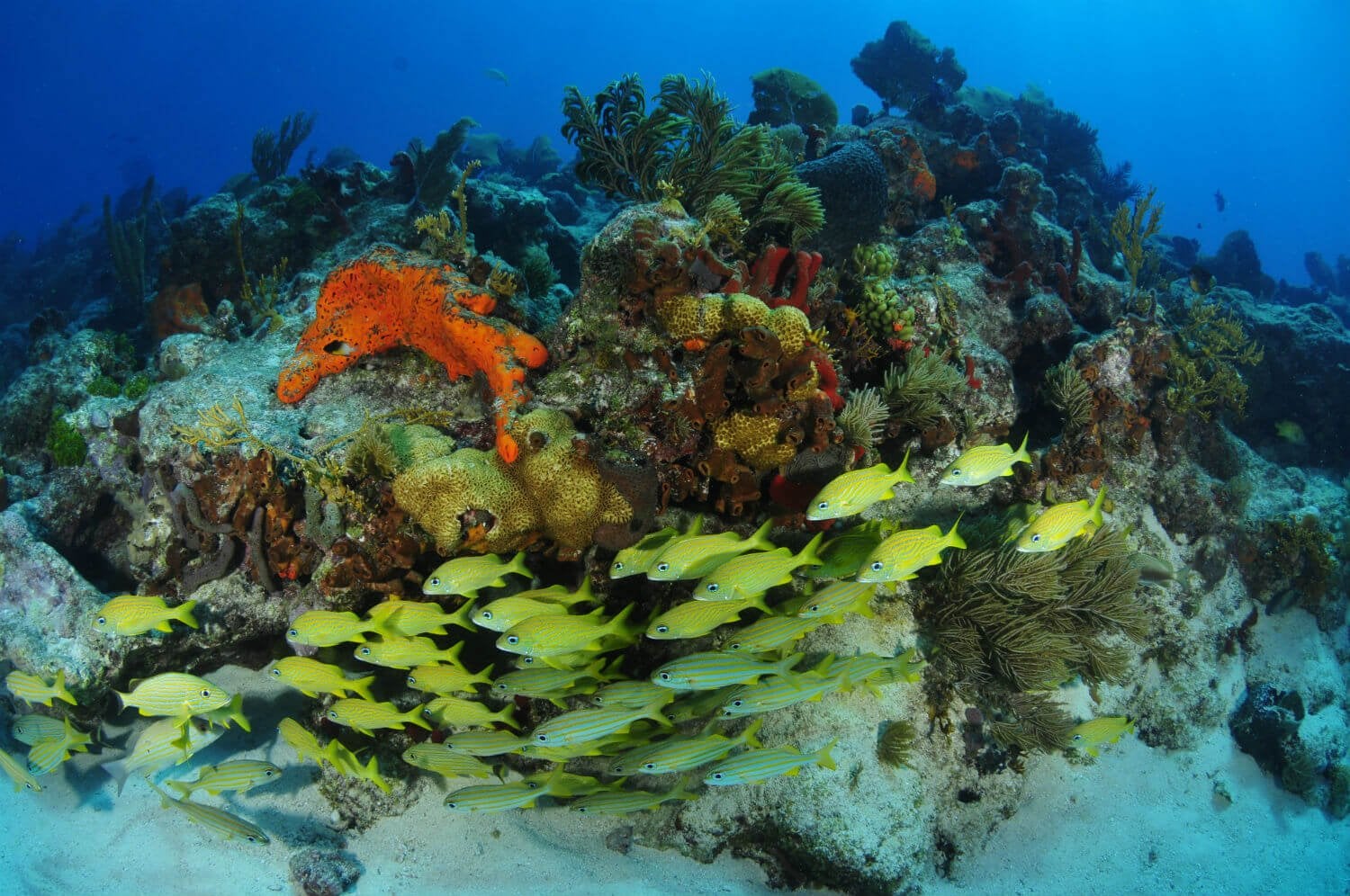 About Help for Heroes: Help for Heroes (H4H) is a British charity launched on 1 October 2007 to help provide better facilities for British servicemen and women who have been wounded or injured in the line of duty. It was founded by Bryn Parry OBE and his wife Emma Parry OBE after they visited soldiers at Selly Oak Hospital in Birmingham. The charity was launched after a meeting with General Sir Richard Dannatt, the Chief of the General Staff, the professional head of the British Army.

The Founders, Bryn and Emma Parry, wanted to 'just do something' to help those wounded in the conflicts in Iraq and Afghanistan. Initial plans to raise £500,000 on a Big Battlefield Bike Ride led to a meeting with General Sir Richard Dannatt, the head of the Army, who suggested that they put any funds raised towards a much needed swimming pool at the Defence Medical Rehabilitation Centre at Headley Court.

With the help of the media, celebrities and The Royal Family, the new charity caught the imagination of the British Public and by the end of the bike ride on 1st June 2008, H4H had raised £6m. By that time, the Trustees had decided that the need went beyond building a swimming pool and the charity should continue and focus on the long term support of those affected by service. 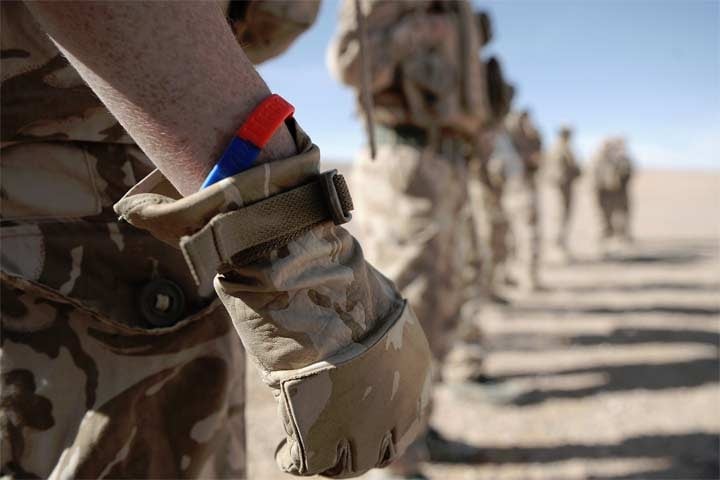 Gift Your Gear is an award-winning nationwide initiative that provides outdoor clothing and equipment to UK community organisations, youth groups and charities working with young people in the outdoors. Founded by Sarah Howcroft, Gift Your Gear aims to encourage people to donate unwanted outdoor gear they no longer want or need.

In wardrobes, attics and garages, long forgotten items of outdoor clothing and equipment are gathering dust. The great outdoors is where they belong.

Gift Your Gear and help the next generation get outdoors. Children and young people need to get outdoors for their physical, emotional and intellectual well-being. The ability to pay for outdoor clothing and equipment is often cited as a reason for non-participation.

First impressions count and it’s hard to enjoy your early experiences in the outdoors when you’re cold, wet and uncomfortable. Having the right clothing and equipment helps to ensure that outdoor experiences are safe and enjoyable. 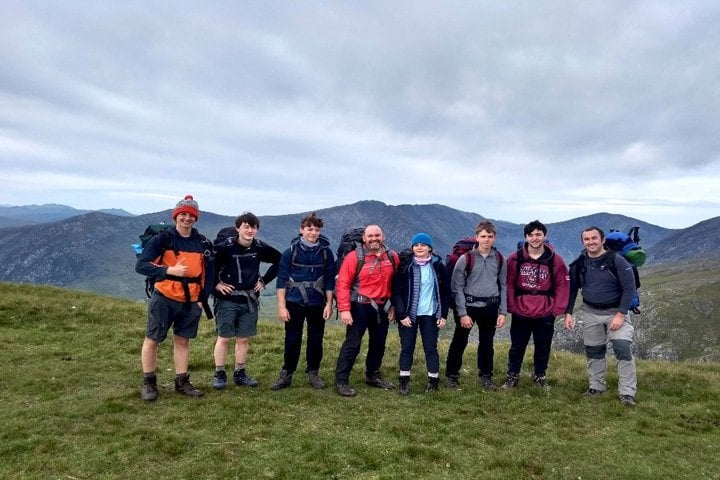 About Against Malaria Foundation: We help protect people from malaria.

We fund anti-malaria nets, specifically long-lasting insecticidal nets (LLINs), and work with distribution partners to ensure they are used. We track and report on net use and malaria case data. 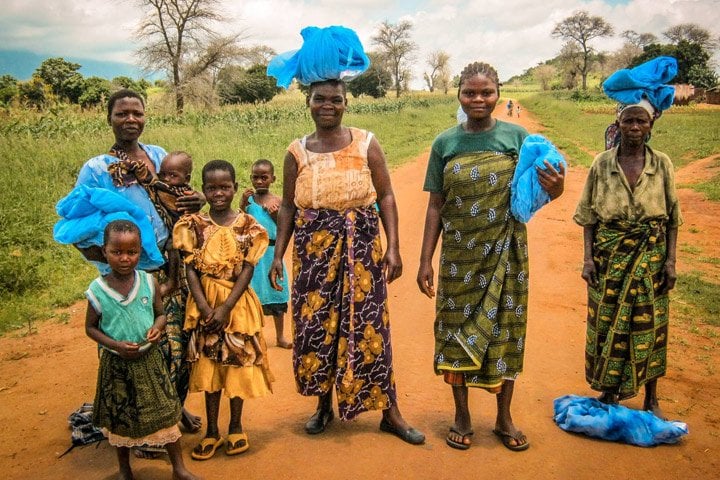 The Lake District Search and Mountain Rescue Association is the umbrella body for mountain rescue teams in Cumbria (UK).

We are a registered charity, funded solely by voluntary contributions - our 12 member teams cover the entire Lake District National Park and Cumbria region.

The teams are autonomous, but LDSAMRA coordinates the development of operational matters such as radio communications, insurance and medical training, as well as wider coordination on larger incidents. It also distributes to the teams any donations or legacies received and makes special allowances for major projects such as building extensions. 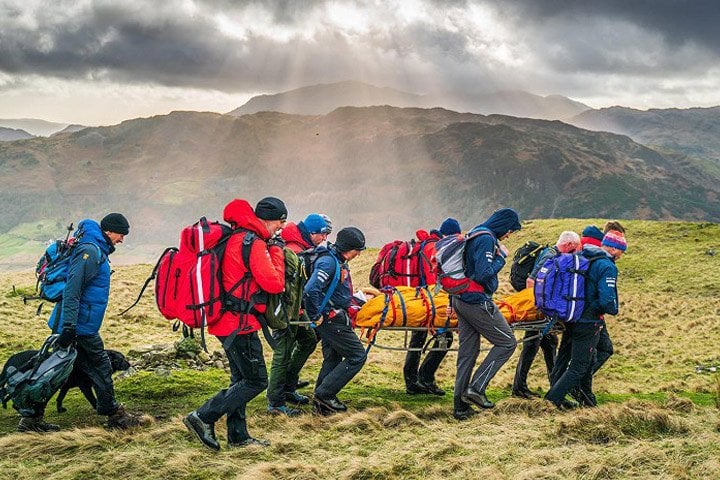 Clean water, decent toilets and good hygiene are basic human rights. They should be a normal part of daily life for everyone, everywhere – but they aren't. That's why we're here.

With the help of amazing people like you, we're working with our partners in some of the toughest places in the world. Together, we've already reached millions of people with clean water, decent toilets and good hygiene, enabling entire communities to unlock their potential, break free from poverty and change their lives for good.

And while installing taps and toilets is essential to our work, we do so much more.

We convince governments to change laws, link policy makers with people on the ground, pool knowledge and resources and rally support from people and organisations around the world, making lasting change happen on a massive scale. 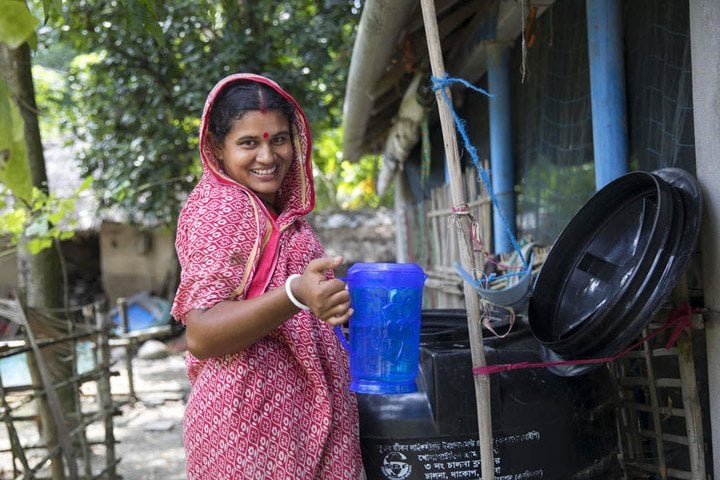