Mark Richardson shuns wild camping this year in favour of hot showers and restaurant meals on a two week backpack across the Swiss Alps.

I love the Swiss Alps, so the thought of a single route traversing the full length had great appeal. Being the European Alps though this route was never going to be a wilderness journey and a lot of it would be through managed countryside, albeit still spectacular. My trusty Cicerone guide by Kev Reynolds reckoned on three weeks for the full traverse, but two weeks with a few cable car assists along the way.

As I could only manage to get away for a fortnight then the two week option was an easy choice. I was also looking to do things a bit differently for this trip, my aim was a shower every night, which meant minimal wild camping, a few hostel nights and making use of the campsites along the route. This fits with the terrain, although you are allowed to camp virtually anywhere in the Swiss mountains (ask permission on farmland), it’s not so easy to find a wild spot with water, as soon as you descend from the passes to where water occurs you are generally in pastureland.

So, if campsites and villages were to feature heavily on this trip then food carried could be kept to a minimum, this meant I rarely exceeded a total pack weight of 23lbs, which is a magical backpacking load that I hardly noticed.

The route is great and will appeal to those people who want a backpacking adventure but don’t fancy wild camping, there’s a fabulous section from Engelberg to Lenk which takes in the best the alps has to offer and only requires 6 days to complete, this would be an exciting challenge if you only have a week or are new to backpacking. 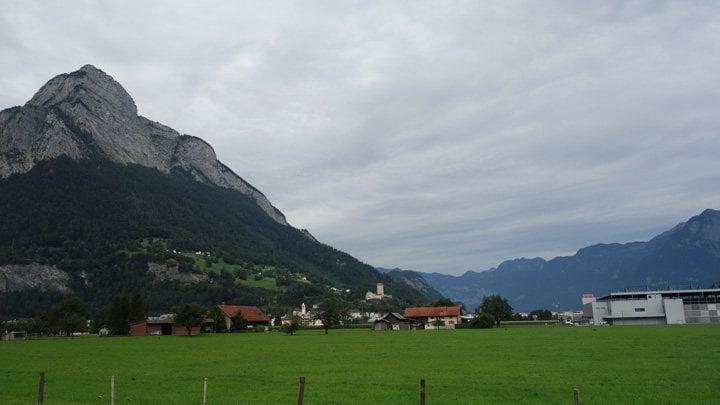