We had been sent a Vaude Zerum 58+ Rucksack to test and as I was about to set off on my 5 day hike to Knoydart I Jumped at the chance to try it out, especially as it sounded like an extremely impressive rucksack on paper. Vaude have managed to get so many features into what is still an extremely light pack. It has an adjustable back length on a central spine, not dissimilar to the Exped Lightning 60 which has long been a popular lightweight pack. The main body of the rucksack is 58 litres with additional space in the removable top pocket. If you do decide to remove the top pocket, there is a flap which is normally hidden that covers the top of the pack. Originally, I had decided to leave the top pocket at home but it soon became apparent that the 5 days worth of food was taking up more space than I’d hoped. (In the event, we took too much food but we had planned on much colder conditions than we ultimately encountered.)

It took a while to work out the layout of the Zerum 58+ as it is quirky and anything but symmetrical. There is a small hip belt pocket but only on one side. The side stuff pockets are also different on each side of the pack. On one side is a generous top opening fabric stuff pocket which I used to carry a water bottle and MSR Trailshot filter. On the other is a stretchy mesh stuff pocket with a forward opening which I used for trail mix and snacks. There is a large central external pocket suitable for carrying wet gear like a tent fly sheet or shell jacket You can access the inside of the pack through a zip that runs down one side of the pack. I used this a few times but mostly I packed items I knew I’d want within easy access of the top. The top pocket is big enough to hold a shell jacket, waterproof over trousers and a camera with some space to spare. There is a small zip pocket within this top lid pocket which is great to keep things like cash or a car key safely as there is also a key clip inside so you shouldn’t get back to the car and have a panic about where you’d put your keys. There are pole attachment points on the exterior but again just on the one side.

Despite the adjustable back length, I never quite felt at home with the Zerum 58+, I think it is better suited to a taller user (I’m just over 5ft 7”). Mark at UOG tried it and it fitted him much better than it did me. I think part of this is due to the overly short riser straps which become redundant when the pack is set to shorter back lengths as they are too short to reach the buckle. Hopefully this is something that will be resolved by Vaude in the future. The pack has a decent padded hip belt but I don’t have particularly pronounced hip bones and found the pack had a tendency to slip. Packs are a very personal thing. A pack that fits one person perfectly might be uncomfortable for someone else. There is no doubt that the Vaude Zerum 58+ is a great pack, it just wasn’t a great fit for me. 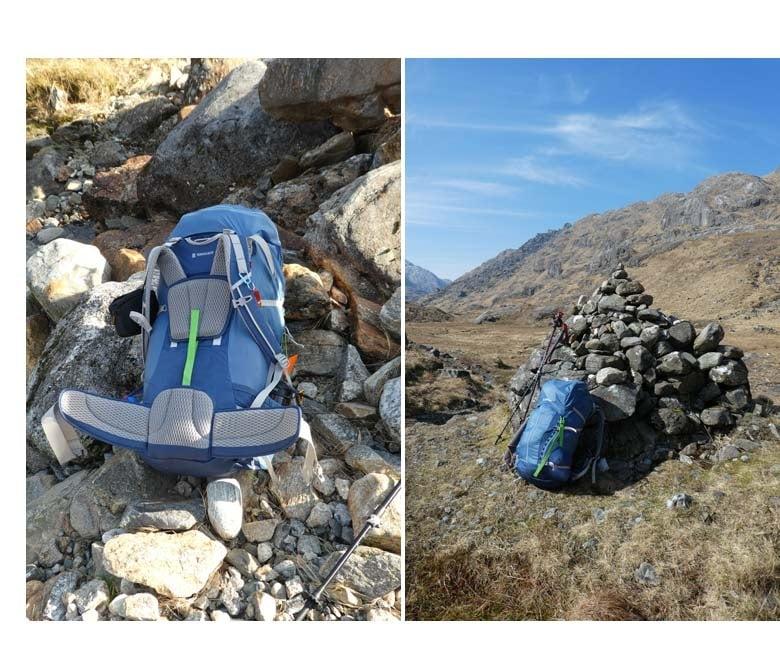