My first compromise on the route was to miss the initial section in Lichtenstein, which is basically a days walk, about 6.5 hours according to the guide, but getting to that start point takes longer than simply getting to Sargans, the Swiss start. As its presented as an option in the guide I made the sensible decision to start at Sargans, which is easily accessible by train.

My taxi arrived at 4.30am and took me to the airport, where everything went to schedule and I disembarked in Amsterdam at 8.20am. With just the right amount of time to comfortably walk to my next flight to Zurich I boarded around 9.00am and landed right on time at 10.40am.

The rail network is integrated with the airport and I boarded the 11.46am train to Sargans, which arrived at 13.02pm (one change at Zurich main station). Arriving early in the day meant I could complete the first section to Weisstannen the same day as it was only 3-4hrs according to the guidebook.

I managed to transport all my gear as carry on luggage although a keen security officer at my outgoing airport of Teesside, made me empty everything out and started to insist that a number of items should be placed in the hold, trekking poles for example. I started to object because I was going via Schipol airport where they seem to lose every other bag that passes through there. She involved her supervisor who told her to let me through - phew.

I needed to buy gas for my stove and that soaked up time in Sargans that I didn’t want to waste. Eventually I found myself in a hardware warehouse type store called Bauhaus, they stocked camping gaz which included a screw on cartridge that I hadn’t seen before. Looks like camping gaz finally got the memo about screw on stoves.

At 2.30pm I started up the road towards Mels, my journey had finally started. 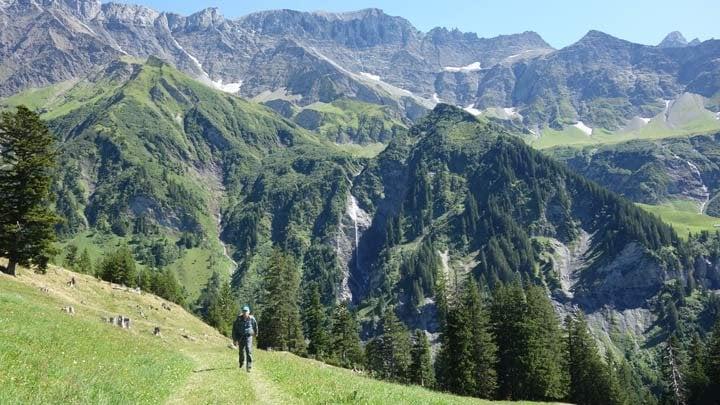 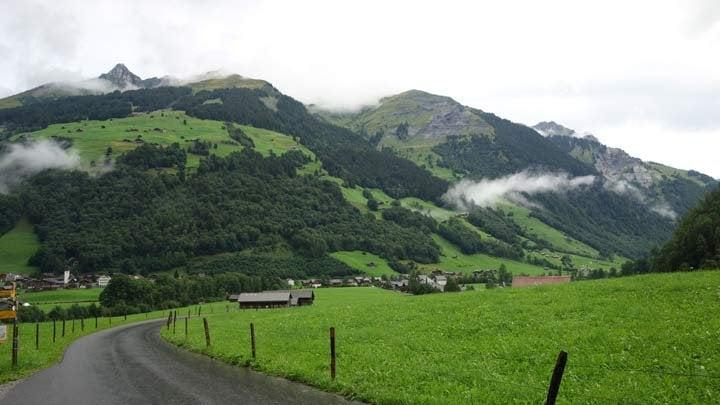