The Nemo GoGo Elite is midway between a bivy bag and a tent, it has an inflatable frame at the shoulders which gives you room to move about and organise your gear.

If I can dispel the first couple of assumptions you might be making:

1. It is easy to blow up using the featherweight pump included and takes very little effort; the pressure is created by your hand not by trying to blow hard into it.2. The valve system is extremely well designed - a non return valve ensures you aren't trying to stop air escaping as you try to catch your breath when inflating the frame - and a toggle opens the valve when you want to deflate it - and keeps it open while you squeeze the air out.3. You won't get a puncture - as a supporting structure it is more durable than many lightweight tent poles currently used. 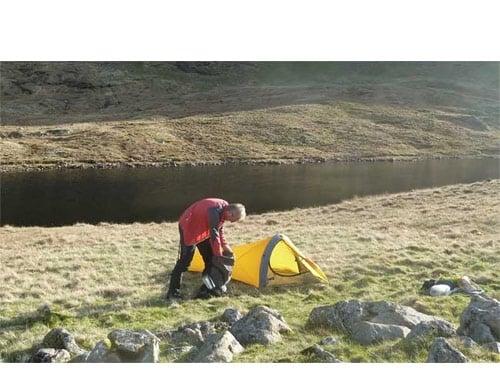 On to the more conventional review:Very quick and easy to erect and pack away - I put longer (and lighter) guys on the front and back to allow a tighter ridge line. There's a place for a very short pole at the rear but this is not supplied by Nemo as it isn’t strictly necessary - however if you want the rear of the bag to be supported you can use a stick or trekking pole as I did.

You have height and width where you want it - at the shoulders - and it is very like being in a small tent. By sliding further into the tent there's a surprising amount of space at the front to store and organise gear.

The front can be fully closed or the outer 'doors' tied back while the mesh inner door is closed. This is a great feature as it allows you the luxury of gazing into the night sky unhindered. It also helps with condensation.

Away from the front end there's just enough volume to contain you and your sleeping bag – it is virtually impossible not to touch the sides so when condesation builds up expect some dampness on your sleeping bag. A moisture resistant sleeping bag would be most appropriate for this shelter. Although, I packed the tent away in the morning and dried it a few hours later in the sunshine, ready for the next night - ditto my sleeping bag which was a bit damp but nothing that was problematic.

If the weather's good you can sit in the front bit and do whatever! The outer 'doors' on the front allow you to keep your boots out of the tent but under the waterproof 'doors' - thus keeping them dry for the morning.

Like most bivies getting in and out requires a shuffle but once you're in its cosy and I didn't feel claustrophobic.

Some bivies weigh as much as tents; the GoGo Elite is a small tent that weighs just 628g - a pretty impressive piece of kit! 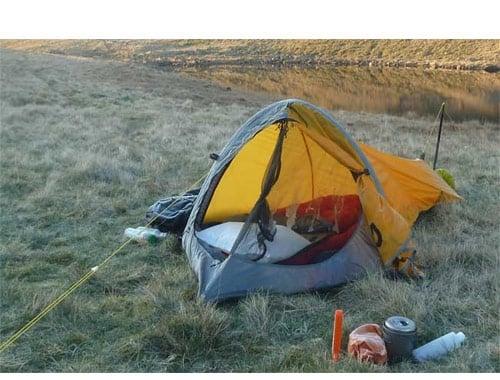 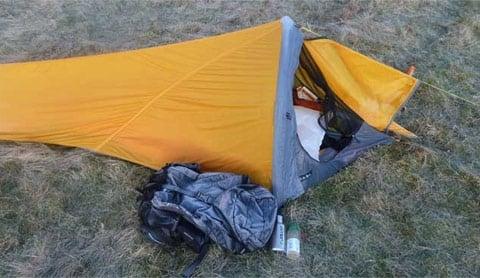 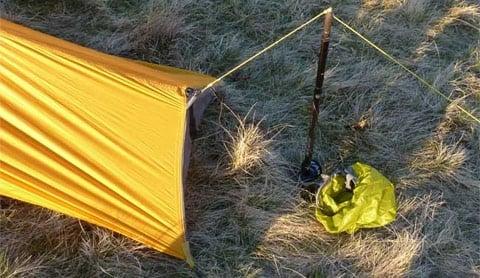 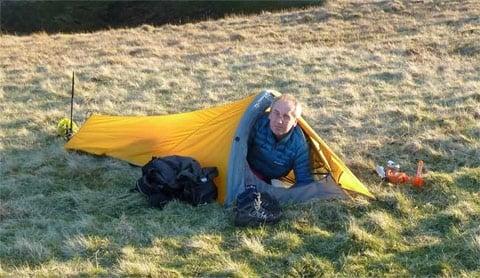