In early 2017, I made the spontaneous decision to head off backpacking in late March with an old friend. A few locations were considered but in the end we settled on Knoydart in North West Scotland. A place I had read lots about but had never visited. Spring is the perfect time to visit the Knoydart Peninsula because the dreaded Knoydart midges shouldn’t yet have made an appearance. Knoydart is one of the last true wilderness areas left in the UK with a population of only 200, most of who live in the main settlement at Inverie. The peninsula is not connected to the UK road network so is accessible only by boat or on foot.

We set off from Darlington in County Durham on a Sunday and aim to return the following Friday so we had 4 full days plus travel days at either end available. The plan was to drive the 296 miles (across the A66, up the M6 to the A74(M) and onto the A82) leaving the car in Glenfinnan. The journey was estimated to take just under 6 hours but, in reality with breaks this was closer to 7 hours. Glenfinnan is known for the Charles Stuart Monument and the railway viaduct made famous by the Hogwarts Express in the Harry Potter films. We would walk to Inverie where cold beer and a decent meal would hopefully await us at the Old Forge Inn.

The trek would cover the popular Glenfinnan to Inverie 3-4 day route with some extra time allowed to possibly climb over to Barrisdale Bay. Starting in Glenfinnan, the route heads north to Corryhully, then swings North East for the climb through Bealach a’Chaorainn on towards Glen Dessarry forest. There are several possible options but we would aim for A’ Chuil bothy and from here cross into Knoydart. Through Glen Dessarry via the Bealach an Lagain Duibh and the atmospheric waters of Lochan ‘A Maihm and down into Knoydart and Sourlies bothy. We then had the option to climb over to Barrisdale and then to Inverie or head more directly to Inverie.

As for our return from Inverie, the trip would be on the small ferry from Inverie to Mallaig and then a train on picturesque West Highland railway line back to the start at Glenfinnan. There are 5 ferries a day from Inverie to Mallaig (between November and March) with the first at 08.00 and the last at 18.30. There are then 4 options for trains leaving Mallaig at 06.03, 10.10, 16.05, and finally 18.15. Then it was simply collecting the car before a relaxing 6-7 hour drive home.

Being late March we assumed that the weather would be cold and wet so a kit list was selected with these conditions in mind. The week before leaving there was snowfall across the Knoydart area and the route from Glenfinnan, but as the trip got closer the snow was replaced with sunshine and increasingly warm temperatures. 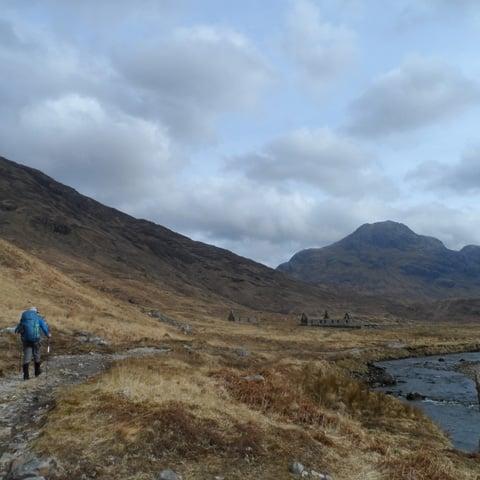 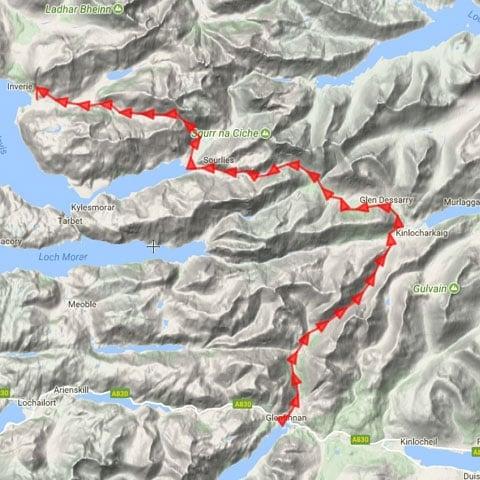 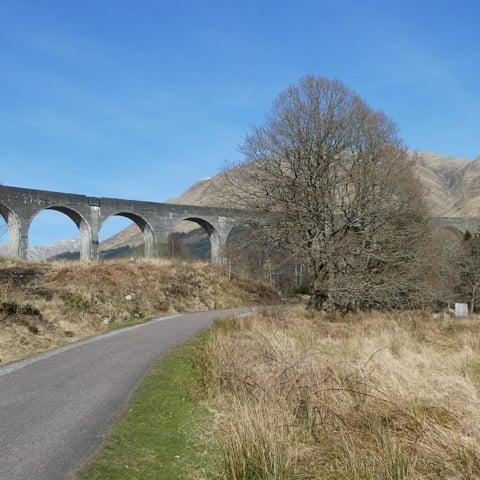